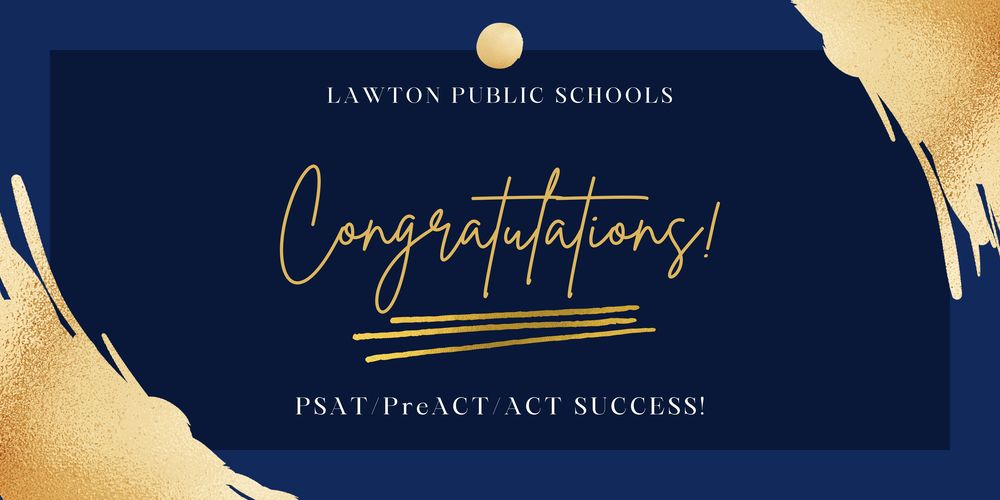 LPS Students Shoot For The Stars On Recent Exams

After taking the Pre-ACT, PSAT, & ACT, scores have finally been reported and show some impressive numbers from Lawton Public Schools (LPS) students.

607 sophomores took the Pre-ACT test, with 102 sophomores scoring a 20 or above. Additionally, four total students scored a 30 or above; one student from MacArthur High School (MHS), Billy Zhao, scored a 35 – a perfect score for the Pre-ACT.

“I had been studying for the actual ACT in the months before I took the Pre-ACT,” Zhao said. “There are very many past ACT tests that have been released, and most of my prep for the test consisted of doing those tests and reviewing the problems that I missed.”

Zhao plans to enroll in an engineering or computer science program once he decides which colleges to apply for.

Joan Gabelmann, LPS’ Director of Accountability & Assessment, explains the importance of the Pre-ACT.

“The Board of Higher Regents pays for all sophomore students in the state of Oklahoma to take the Pre-ACT,” Gabelmann said. “This provides insight for both students and teachers as to learning strength for enrichment and weakness for interventions.”

Students also had the opportunity to take the Oklahoma Fall ACT – a test which saw 7 students score a 30 or higher.

Additionally, LPS had students represent at or above national percentages of 90% on the PSAT. Those students are as follows: