This search form uses an instant search feature. As you type, search results will appear automatically below the search field. When you've entered you desired search terms use tab to navigate through the available results and hit enter to open the selected page or document.
The Courage to Compromise
Written by Dr. Tom Deighan, LPS Superintendent
Wednesday, January 24, 2018 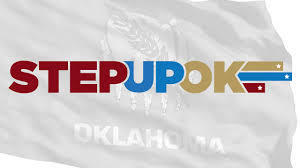 A group of prominent Oklahoma business leaders recently unveiled a plan called Step Up Oklahoma to assist Oklahoma’s elected officials, and I could not have been more excited to hear about it.  For years, we Oklahomans have been confidently advancing toward statewide martyrdom while inexplicably beholden to our Grapes of Wrath caricatures, as if living down to expectations is a moral imperative.  So I never imagined that a good, old-fashioned dance-off competition could be the answer!  Step Up Oklahoma could have been more original in the branding, of course, but I understand the instant recognition connected to the popular Step Up series of movies about opponents solving their differences through aggressive dance moves.

I am not a big fan of dance shows or movies, and I am not sure what format Step Up Oklahoma envisions, but something akin to Dancing with the Stars certainly intrigues me or even a Glee-style mashup approach – anything to get our elected officials loosened up and break-dancing.  The pressure of the last few years has undoubtedly been tough.  Special sessions. Year-after-year of budget shortfalls.  Crumbling infrastructure.  They need to blow off some steam and get silly on the dance floor.  I am just giddy at prospect of Oklahoma legislators facing off to Stomp the Yard over political stalemates – or maybe rap-battles!  Senate vs the House . . . Executive vs Judicial . . . the possibilities are endless and just the political diversion we Okies need.

Understandably, I was a little disappointed to learn that Step Up Oklahoma was never about a cringeworthy dance competition involving our public officials, but I do feel a little better after looking into the plan itself (stepupoklahoma.com).  They have proposed some legitimate solutions, many proposals that would have been unthinkable a decade ago, especially from such a prominent group of business leaders – proposals to increase taxes, establish oversight, and to restructure some of our state institutions.  As BancFirst Executive Chairman David Rainbolt was quoted in The Journal Record, “We need a courageous path forward, and that means compromise.”

I see fatal flaws in the plan, however.  First, the plan is not perfect; someone will inevitably find a component or process to disagree with, and everyone knows we Okies summarily reject plans that are either imperfect or too perfect (on grounds of suspicion).  Secondly, it was not my idea, so no matter how much I agree, I can never support it unless I or my ilk get the credit.  Third, and perhaps most importantly, one of the Step Up supporters inevitably did or said something in the past 50 years that mildly offended someone, or they grew up in the wrong community, or they make too much money or something else truly unforgiveable.  I really like Step Up Oklahoma’s ideas, but I am hesitant to support any measure that might either remove my excuses for mediocrity or force me to adhere to principles I always hoped would remain theoretical.

Nevertheless, Step Up Oklahoma deserves a chance, if for no other reason than their audacity to use courage and compromise in the same sentence, because nowadays it takes tremendous courage to even utter the “c” word.  And since stubbornly dying on every molehill has not worked very well for Oklahoma, maybe Oklahomans do need the courage to compromise. Regardless, we Okies are going to have to take ourselves less seriously and consider the possibility that people of differing viewpoints can occasionally work together.  If it all fails, then maybe a public dance-off is the answer, but either way, it really is time for Oklahoma to bust a move.  Please take a moment to look at their suggestions at stepupoklahoma.com.