This search form uses an instant search feature. As you type, search results will appear automatically below the search field. When you've entered you desired search terms use tab to navigate through the available results and hit enter to open the selected page or document.
52nd Street Project Update
LPS Comm
Friday, November 17, 2017 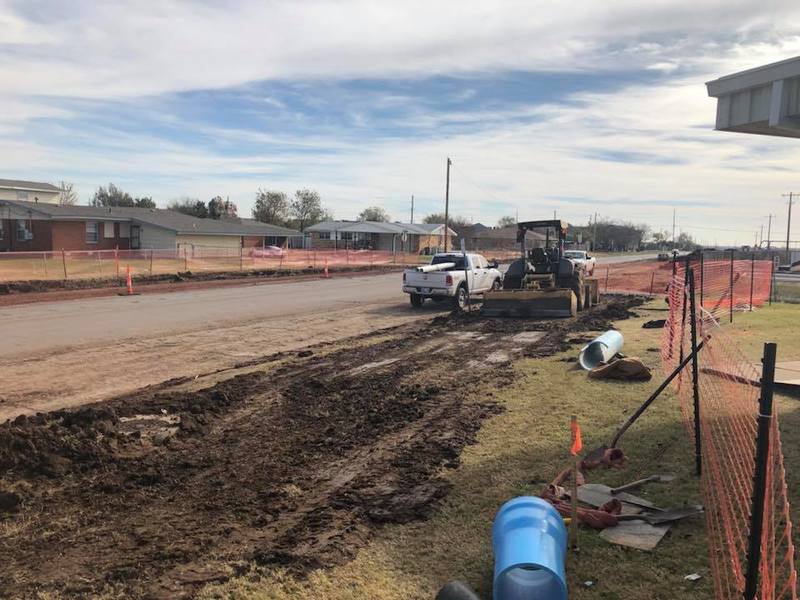 Director of Engineering George Hennessee and Engineer Anthony Mensah recently gave a presentation for citizens highlighting the plans and progress of the 52nd Street Construction Project during an update meeting hosted by Ward 3 Councilman Caleb Davis.

While there are no major traffic restrictions at this time, the prior month’s work in terms of progress and performance include the following.

Upcoming progress is set to include:

· A retaining wall placement near the playground of Eisenhower Elementary School.
· Additional storm sewer installment.
· Continuation of a 12” main line installation toward the south end of the project.
· Continuation of the removal and patching of road islands.
· Completion of temporary paving at Eisenhower Elementary School.

The 480-day, 6.1 million dollar project began in September. Work is being carried out by T&G Construction of Lawton. As of November 17, 2017, approximately 5 percent of the overall project work has been completed.

The City of Lawton is working closely with Lawton Public Schools, neighboring citizens and local business owners to minimize disruption by keeping parties aware and informed. We thank you for your patience and support of this project.