This search form uses an instant search feature. As you type, search results will appear automatically below the search field. When you've entered you desired search terms use tab to navigate through the available results and hit enter to open the selected page or document.
Flight of the Classroom Bumblebee
Tom Deighan
Monday, October 16, 2017 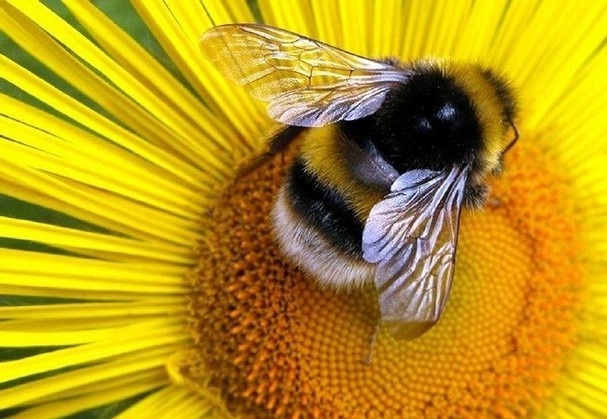 Few of us have heard of Nikolai Rimsky Korsakov, but most of us have heard his musical interpretation of chaos, “Flight of the Bumblebee.”  Those of us with high culture and access to Wikipedia can raise an eyebrow of disdain as we inform you that he was an accomplished Russian composer, known for a broad array of musical masterpieces.  Most of us, however, only know him through the bumblebee’s aimless soundtrack, even though it is only tiny sample of his musical genius.  So on one hand, Korsakov has attained musical immortality as ”Flight of the Bumblebee” has permanently imbedded itself in popular culture.  On the other hand, a musical master is best known for a tune that accompanies cartoon characters and Muppets.  I am doubly impressed!

For almost a decade, the Oklahoma educational system has more closely resembled the flight of a bumblebee than the safe, steady path of a school bus, and classroom teachers have been relentlessly chasing that bumblebee.  The flight started with the best of intentions in 2005 with the Reading Sufficiency Act (RSA), which rightfully focused on the importance of reading mastery in the early grades.   Since that time, RSA was changed, modified, or adjusted by legislators in 2006, 2008, 2009, 2011, 2012, 2013, 2014, and 2015.  The RSA drama has included gubernatorial vetoes, veto overrides, and a misguided belief that all students mature simultaneously on or before the same date in third grade.  The Achieving Classroom Excellence Act (ACE) legislation also arose in 2005 and brought us End-of-Instruction Tests (EOI), requiring all students to pass an exam to graduate.  Again, this was a very good idea, but it failed to account for federally-recognized disabilities and other limitations of students.  ACE requirements and guidelines changed no fewer than 14 times since 2005, with the End-of-Instruction tests ultimately collapsing of their own weight on top of a generation of students who were denied diplomas under this program.  Many of them were disabled.

ACE and RSA only impacted targeted areas of students and the curriculum, but since May of 2010, vast swarms of bumblebees have descended upon classrooms as we impulsively adopted Common Core only to impulsively repeal it in 2014.  This happened literally days before its official implementation and after four years of training, preparation, and difficult work.  Not everything was unstable, however.  Three things have been constant through it all:  First, funding promises for RSA, ACE, and Common Core implementation were faithfully slashed.  Secondly, the bumblebees were released with widespread bipartisan support.  Third, and most importantly, critics of public education have faithfully bludgeoned Oklahoma students and educators for failing to hit these rapidly moving targets.  Never mind that students and teachers have been hunting bumblebees with bow and arrows for a decade.

Now that statewide test results for our brand-new Oklahoma Academic Standards have been released, I know that critics of public education will attempt to embarrass and discredit teachers and students with these baseline results – despite the Oklahoma State Department of Education stating that “no comparison is possible with student or school performance in past years.”  But go ahead, we will take our pummeling with joy if the bumblebee will finally land.  Yes, Oklahoma, we have failed at times in the last decade to meet the expectations of this state, but do not dare attack our teachers and students for poor marksmanship. Oklahoma educators can meet any standard set before us, but we cannot hunt bumblebees with bows and arrows. Whatever you do, state leaders, please grant Oklahoma schools some stability.  Provide a target our students and staff can aim at long enough to see meaningful results.

Oklahoma Academic Standards are tied to national standards and may offer the first stability in Oklahoma education in over a decade, so I genuinely appreciate the leaders who made this happen. I hope we can agree that Korsakov’s visionary “Flight of the Bumblebee” is a great fit for an 19th Century Russian opera or a cartoon, but it should never again be the soundtrack for Oklahoma public schools, so let’s all put the past behind us.  We educators own these results, but we need the long-term stability of our new Oklahoma Academic Standards to prove that Oklahoma students and educators can be the best.  And let’s pin this bumblebee down for good.