This search form uses an instant search feature. As you type, search results will appear automatically below the search field. When you've entered you desired search terms use tab to navigate through the available results and hit enter to open the selected page or document.
Congratulations Ms. Hanefield
LPS Communications
Thursday, April 27, 2017 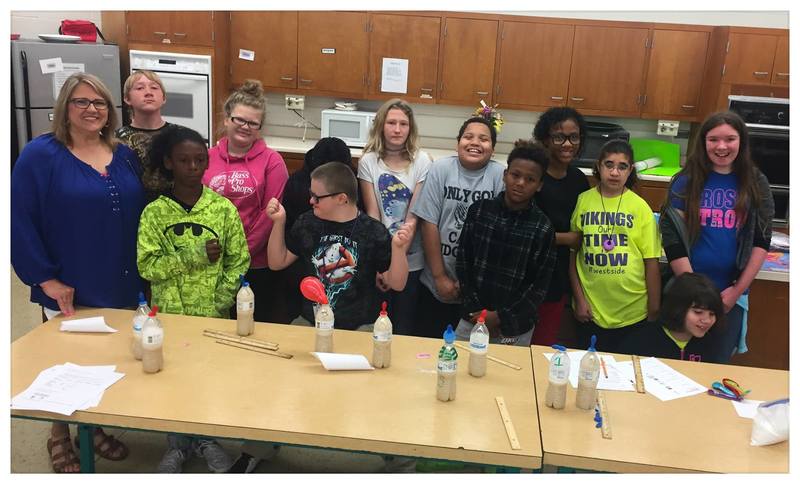 Congratulations to Nadine Hanefield of Eisenhower Middle School! She has been nominated for the Presidential Award for Excellence in Mathematics and Science Teaching! She is pictured below, far left, with a group of her awesome students.

"The Presidential Awards for Excellence in Mathematics and Science Teaching (PAEMST) is the highest recognition that a kindergarten through 12th grade mathematics or science (including computer science) teacher may receive for outstanding teaching in the United States. Up to 108 teachers are recognized each year.

Presidential Awardees receive a certificate signed by the President of the United States, a trip to Washington D.C. to attend a series of recognition events and professional development opportunities, and a $10,000 award from the National Science Foundation.

Awardees also join an active network of outstanding educators from throughout the nation. Since 1983, more than 4,700 teachers have been recognized for their contributions in the classroom and to their profession. Awardees serve as models for their colleagues, inspiration to their communities, and leaders in the improvement of mathematics and science education." -paemst.org