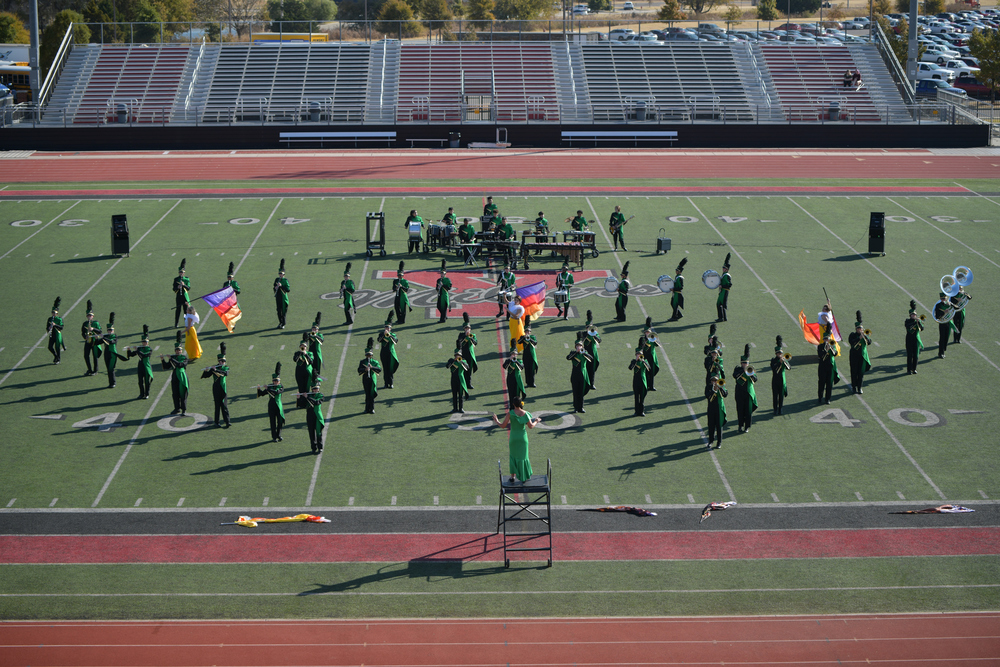 The MacArthur Highlander Band earned a Superior rating—the top rating a band can receive—on Nov. 5 at the 5A-6A West Regional Marching Contest in Yukon. The band was one of five 5A bands to earn a Superior rating at the contest. The band directors included Larry Hatch, Sue Ann Hannah, and Karen Torbert. The color guard instructors consisted of Whitney Beckett and Serena Becket. The band was led by drum major Kai McAllister. The MHS football team also traveled to the contest to support the band. This was a way for the football to return the support the band provided during their season.

"The band performed brilliantly with a lot of energy and attitude,” Hatch said. “This was a long season and these kids put in many hours of work with extremes in weather and temperature. I couldn't be more proud of them."

Congratulations to the Highlander Band!